The third IEEE ICFTIC 2021 virtual conference was successfully convened on November 13th. The conference was hosted by China University of Petroleum (East China) and Haier IoC Research Institute, co-organized by CCF Qingdao Branch, organized by AEIC, and technically supported by IEEE and European Alliance for Innovation.

The conference, which was held at the same time as the offline and online sub-venue together with on line and offline conference held in China University of Petroleum (East China), attracted 300 participants from domestic and overseas universities, scientific research institutes, enterprises, senior experts, scientific research talents and young students to share scientific research achievements and cutting-edge technologies, covering areas including virtual reality, IoT, AI, automation, etc. 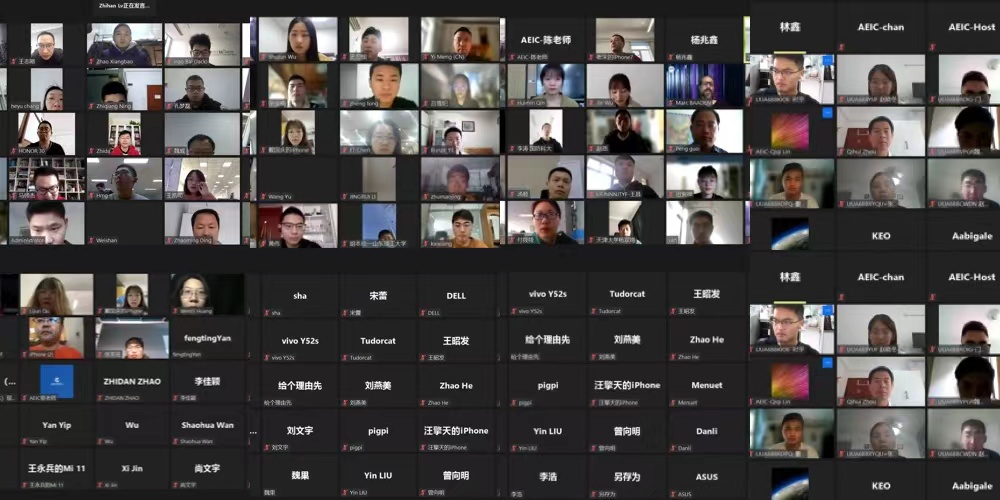 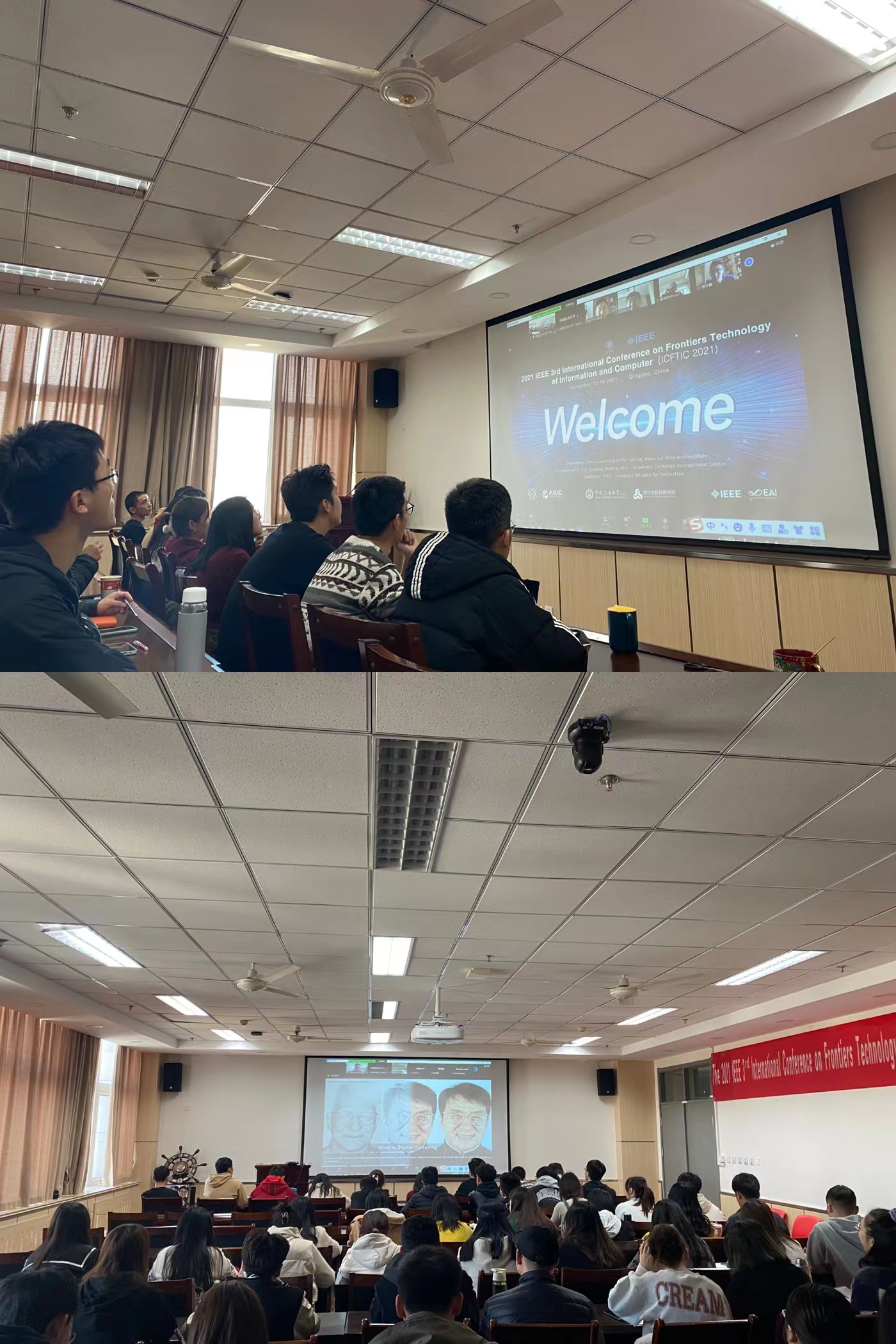 This conference was organized by Prof. Zhihan Lv (Associate Professor of Faculty of Arts, Uppsala University, External Expert of Haier IoC Research Institute and Visiting Fellow of the Qingdao Institute of Bioenergy and Bioprocess Technology, Chinese Academy of Sciences) and Prof. Shanchen Pang (Dean of College of Computer Science and Technology, Qingdao Institute of Software, President of CCF Qingdao Branch, and Leading Talent of Taishan Industry). 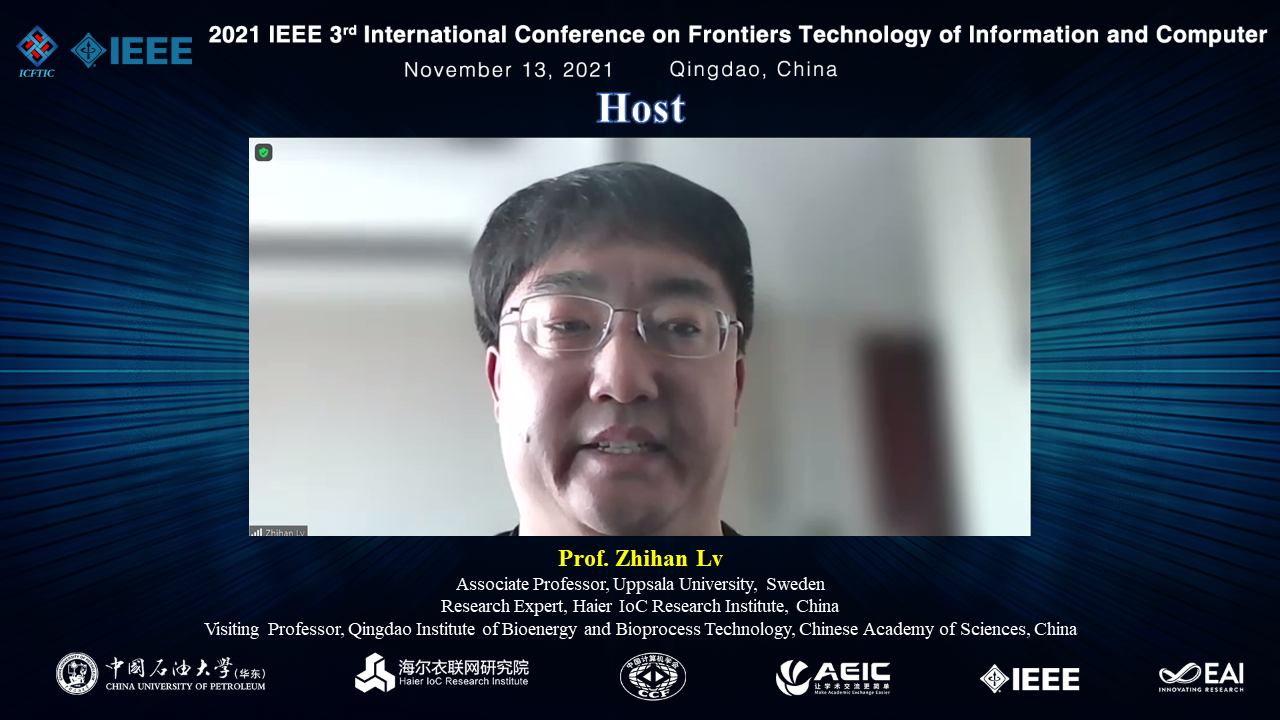 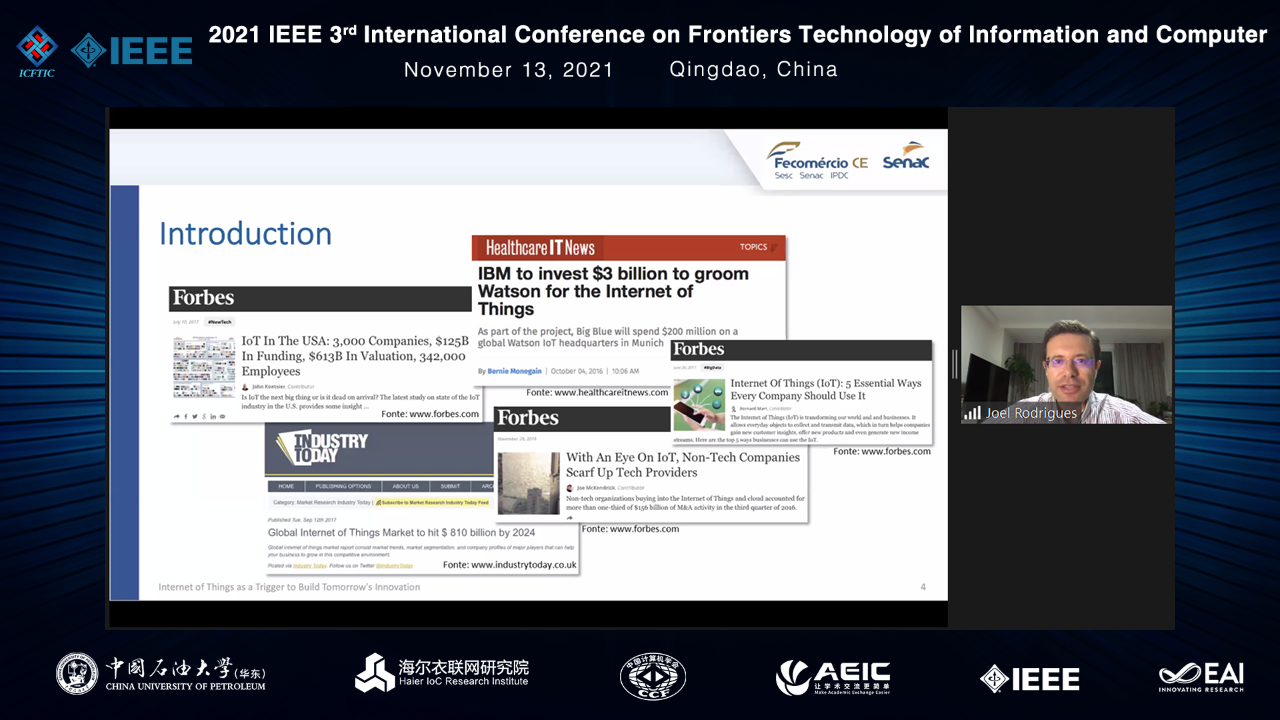 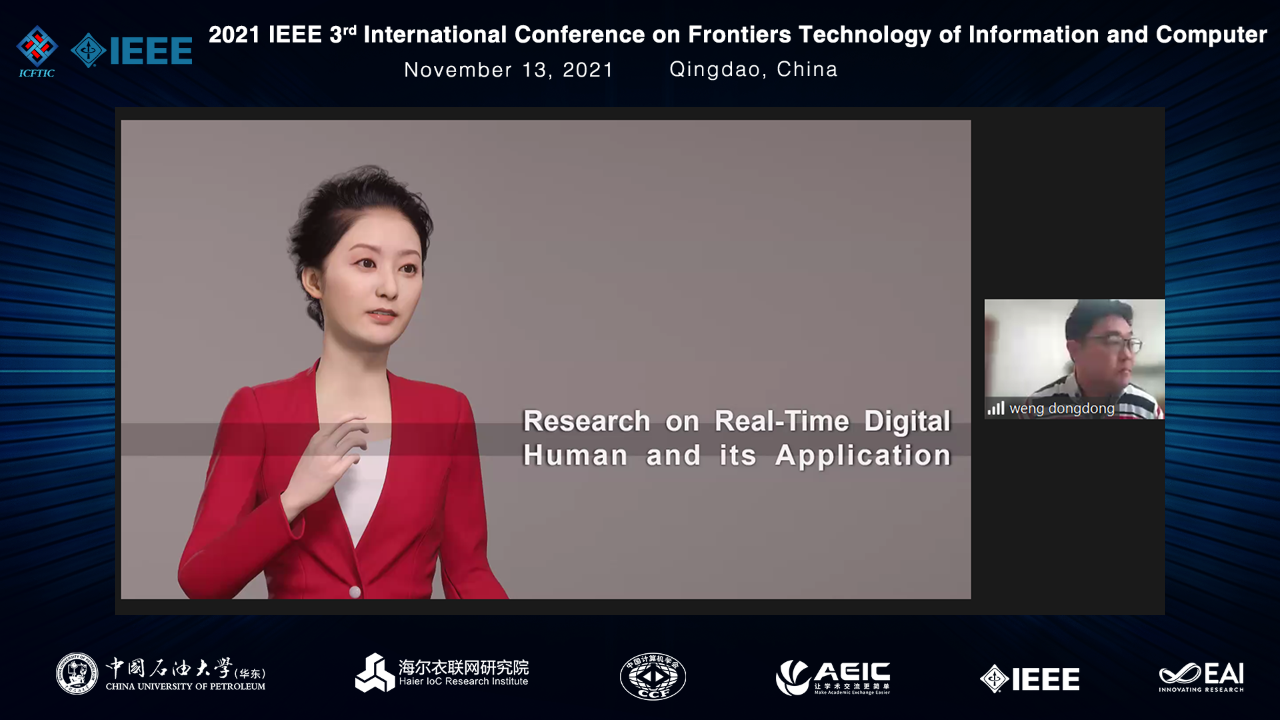 Dongdong Weng is a professor and Ph. D. supervisor in the School of Optics and Photonics, Beijing Institute of Technology.  He has led over 10 projects, including National Key R & D Project, 863 Project，National Science and Technology Support Project and National Natural Science Foundation, and organized a number of national and industrial standards. In recent years, he has published more than 50 academic papers, authorized more than 20 patents, won one first prize of provincial and ministerial technological invention and one second prize of provincial and ministerial technological progress. 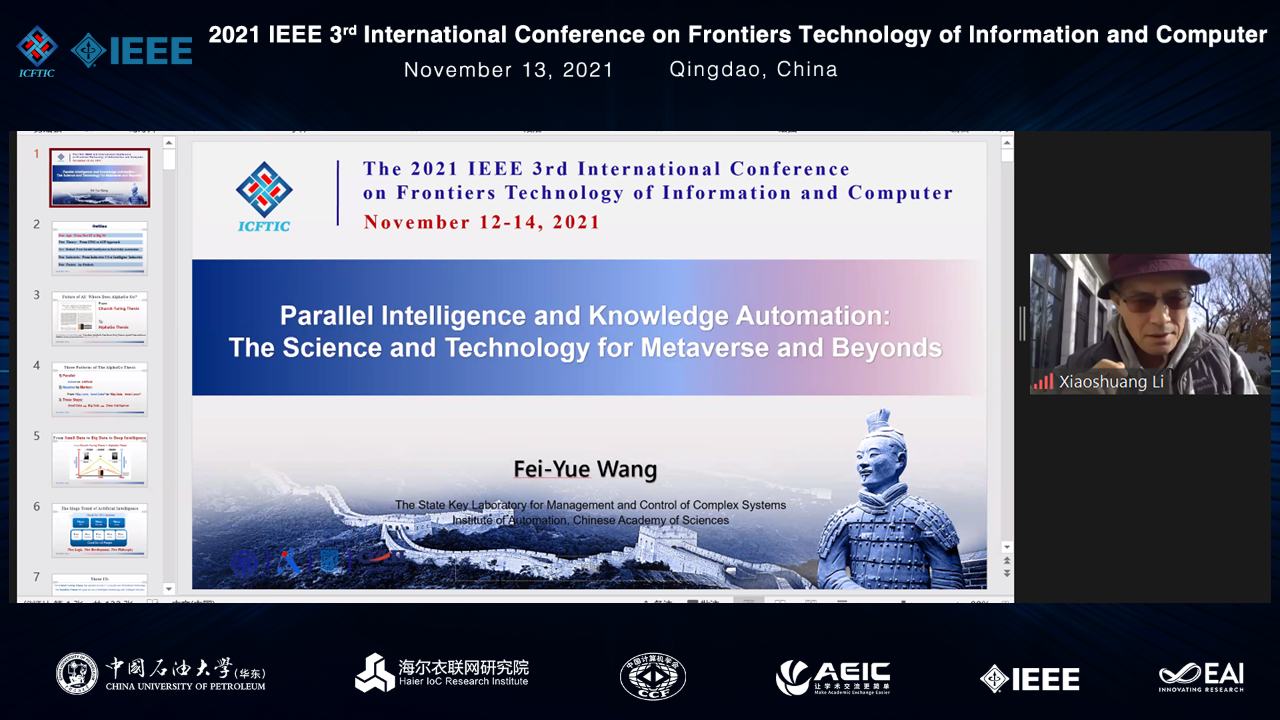 Fei-Yue WANG is the Director of the State Key Laboratory for Management and Control of Complex Systems, Institute of Automation, Chinese Academy of Sciences. And he is the President of CAA's Supervision Council, Vice President of IEEE Systems, Man, and Cybernetics Society, and the new EiC of IEEE Trans. on Intelligent Vehicles as well. He has been serving as the General Chair or Program Chair of over 30 IEEE, INFORMS, IFAC, ACM, and ASME conferences. In 2007, he received the Outstanding Scientist by ACM for his research contributions in intelligent control and social computing. He received IEEE ITS Outstanding Application and Research Awards in 2009, 2011 and 2015, and IEEE SMC Norbert Wiener Award in 2014. Currently, his research areas are methods and applications for parallel systems, social computing, parallel intelligence, and knowledge automation. 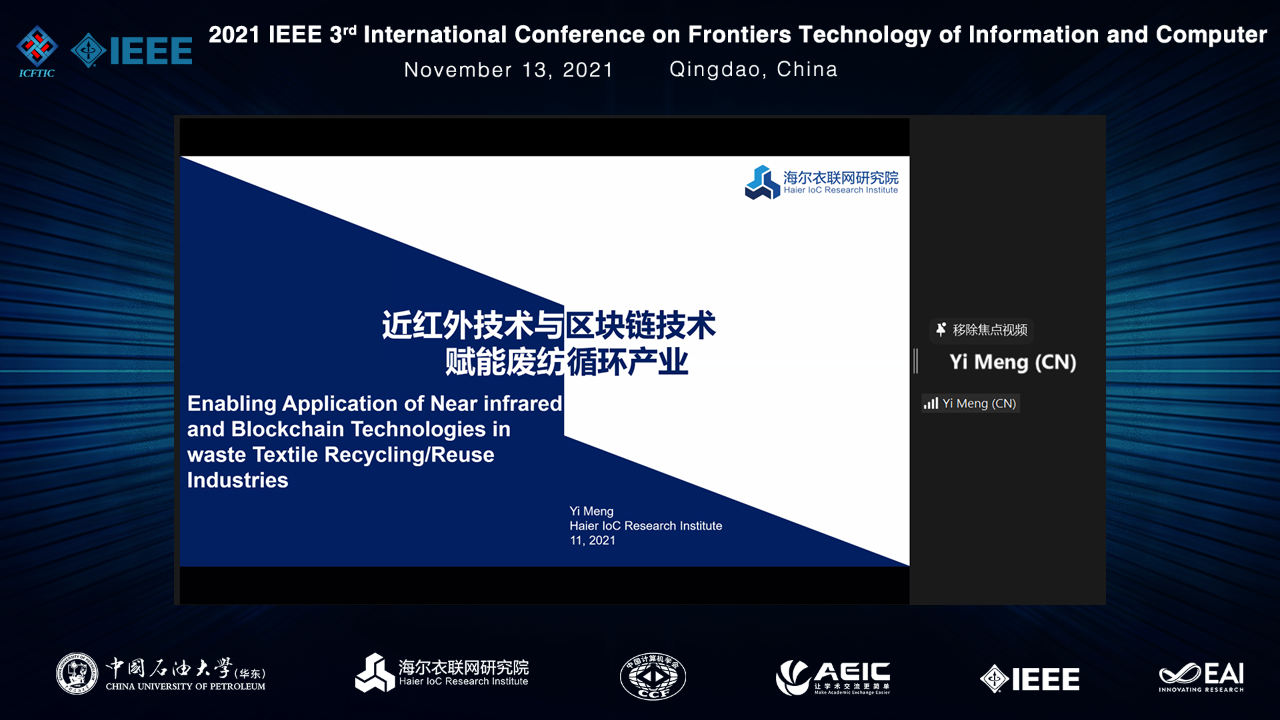 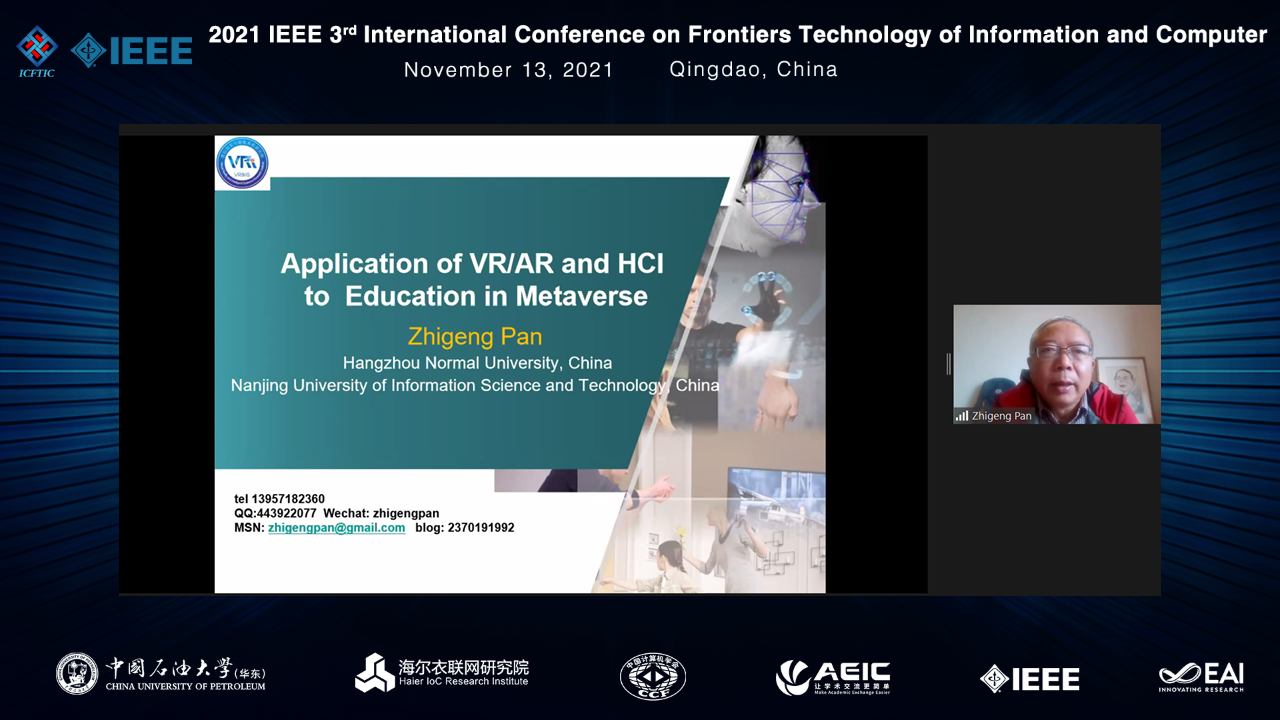 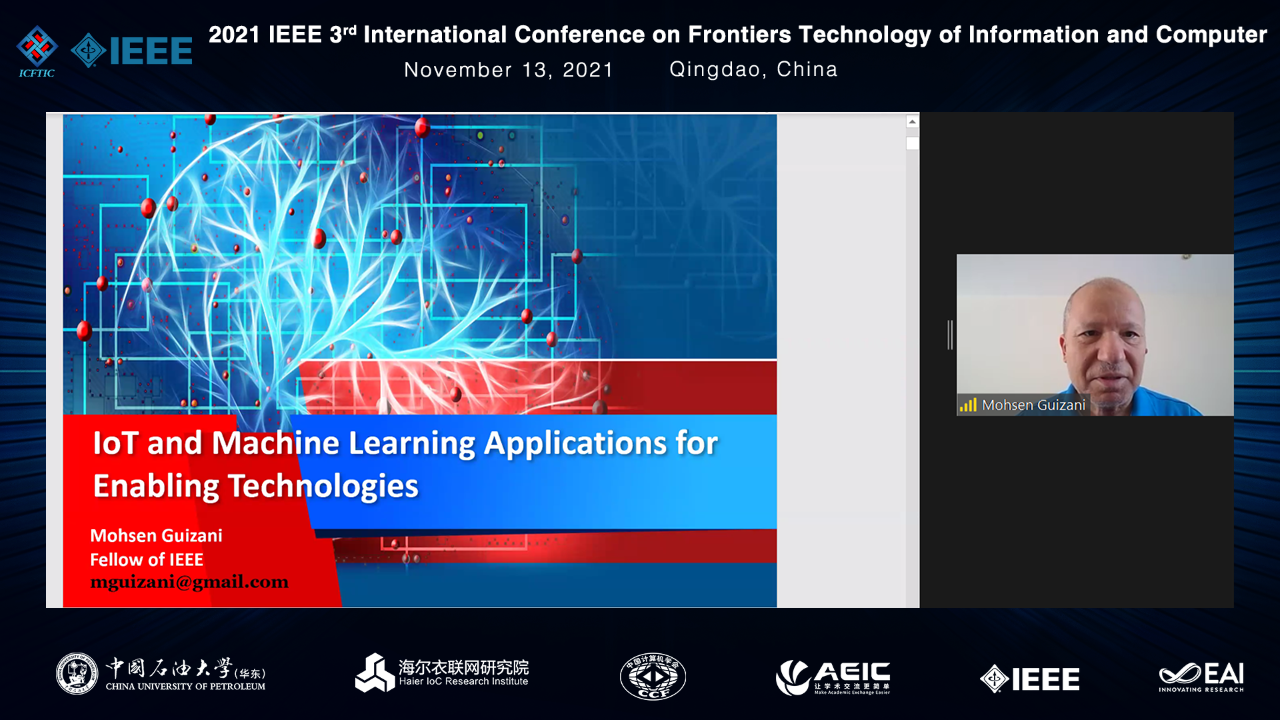 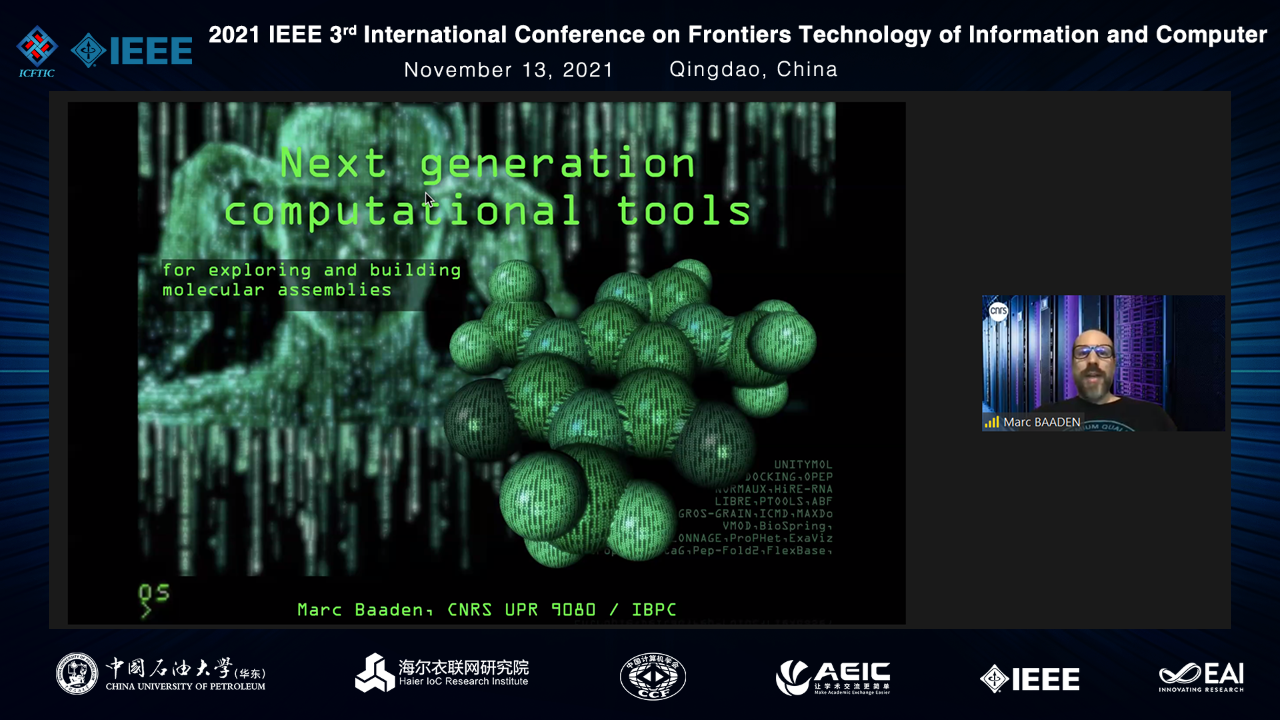 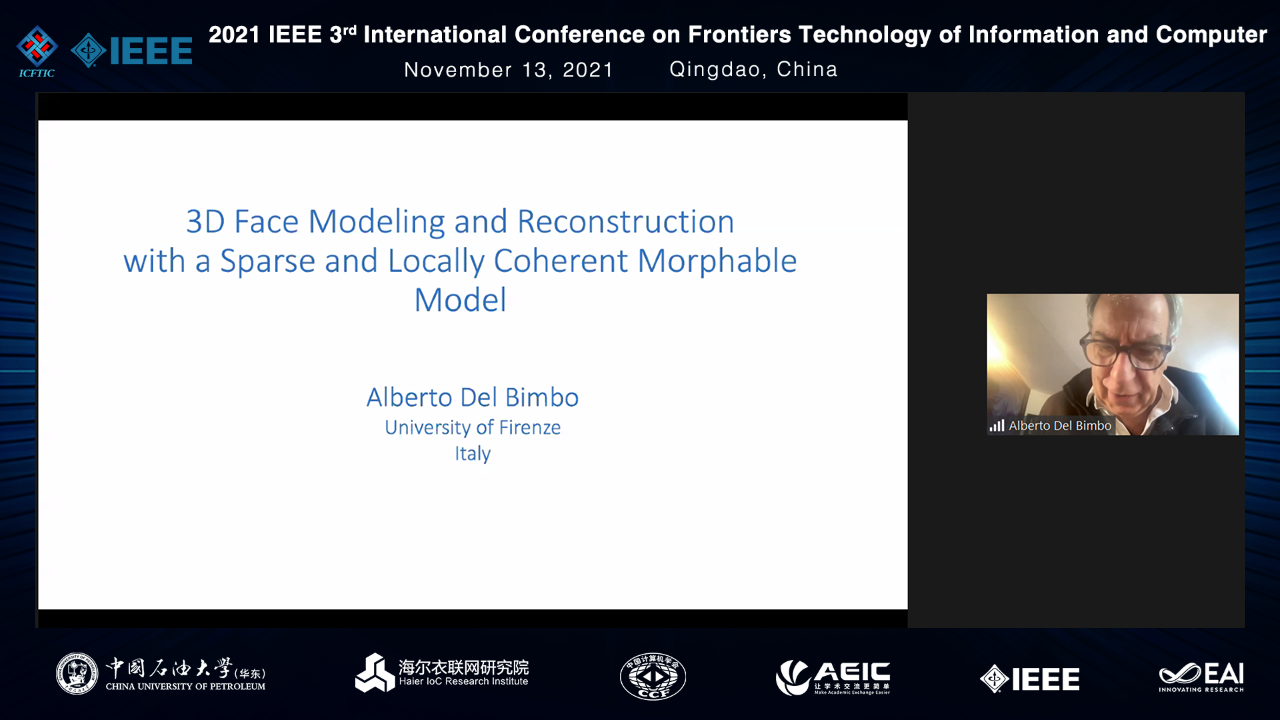 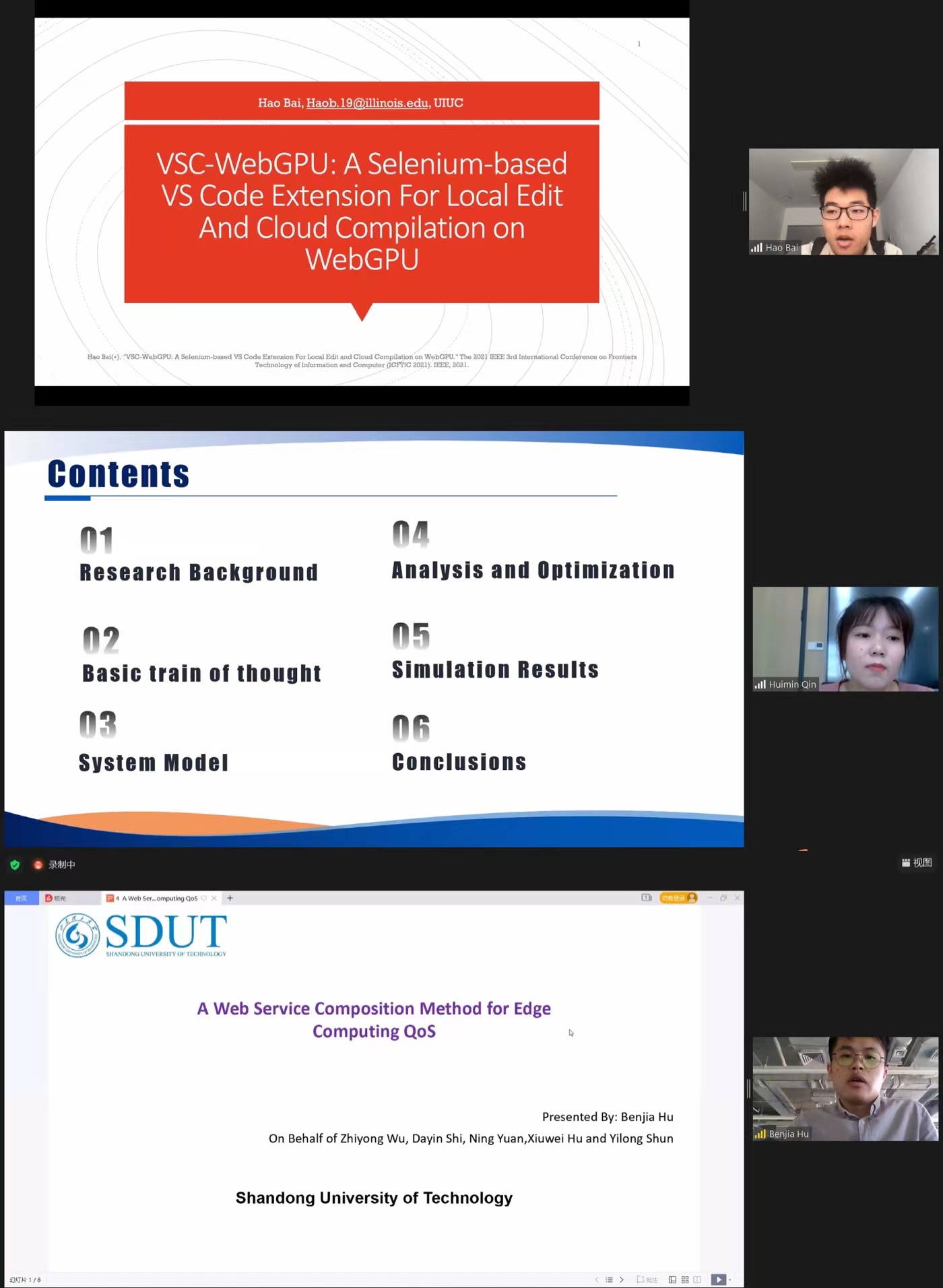 By presenting their research achievements, participants engaged in cutting-edge academic discussions with experts to enrich their own knowledge. Many scholars said that they had gained a lot, and the wonderful conference ended with the discussion of experts and scholars - leaving all wanting more. Meanwhile, the Organizing Committee of the Conference also announced that the fourth IEEE ICFTIC 2022 has also entered the preparatory phrase. We wished each other well and promised to meet again.

AEIC as the organizer has taken practical actions to facilitate the conference. In the future, AEIC will continue to adhere to the spirit of “professionalism, dedication and concentration” and keep delivering high-quality academic exchange activities to enhance collaborative research and engagement.